As the spring comes in April, East Sea temperature drops to 1 to 2 degrees and reminds me of last winter cold. The ocean changes to green and the southeaster blows with the swing between east wind and west wind. As the wind changes, the East Sea takes off her winter clothes and lay them as releasing floaters in to 10 meters depth.

Only the lucky ones can have the clear ocean which credit goes to secret combination of tide and wind. But nobody blames the dusty sea because she is the heroine of the divers’ piled happy memories and the kind comfort she gave. Divers can’t hate the ocean even in the bad days.

Under the water is always crowed through April to May as the breeding season comes. Webfoot octopus comes to lower area to build up a shelter for breeding covering with empty shells. After the mate moves in, they go through spawning and hatching under the protection of thier perfect shelter until June. If you look closer at empty bottles or shells crawling in sands, you can observe the miraculous moment of nature wit meet the cute webfoot octopi even in the East Sea. 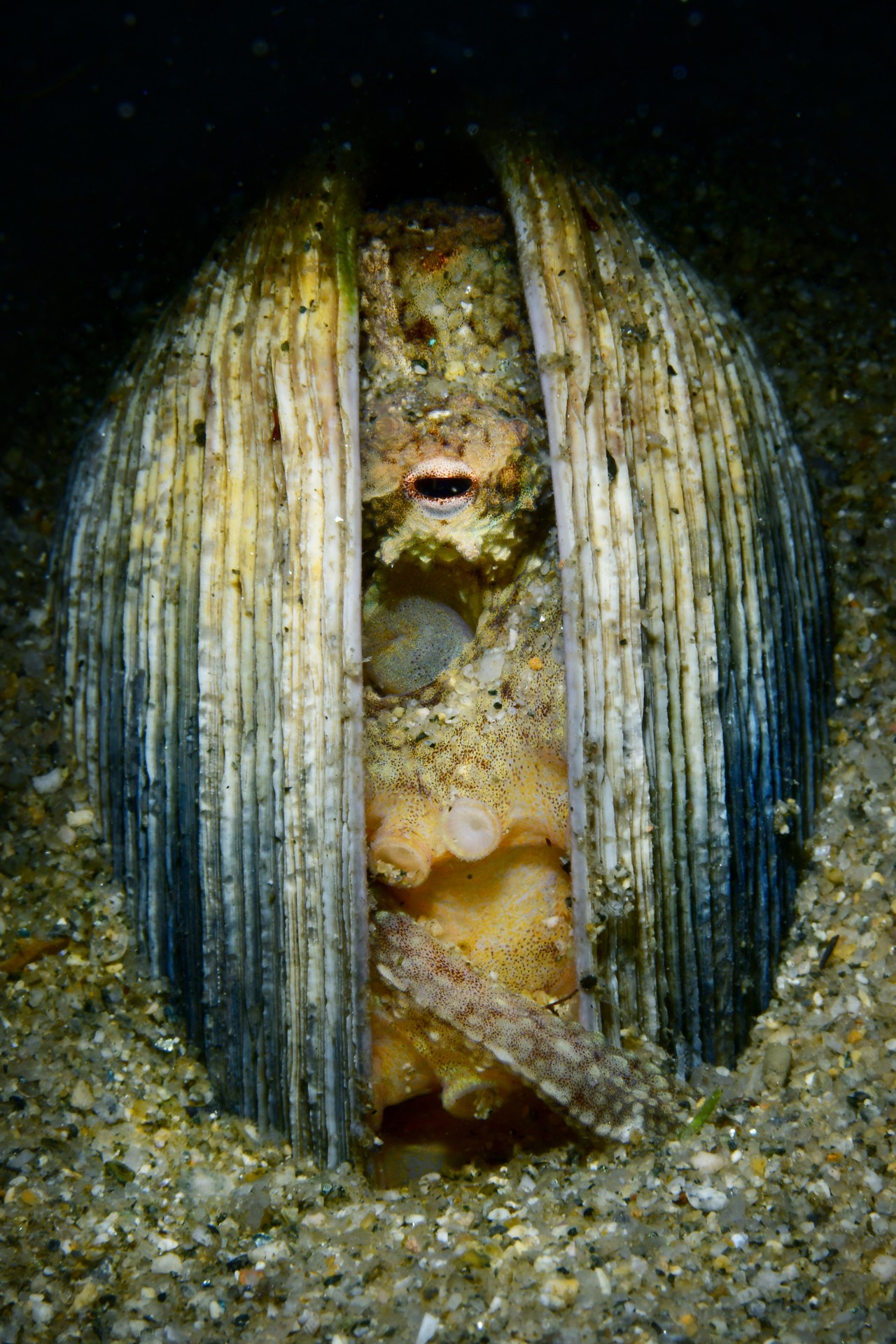 It is breeding season for hippocampus in May to June at South Sea, so I looked more carefully while I was diving at Namae-ri, Yangyang. And there I met a pair of hippocampus in the small seaweed. As usually hippocampi prefer solo, I assumed the meeting was for handing over the babies.  I confirmed my theory by capturing the change of the body shape while diving twice. Father will now raise his babies well in his cubby belly for around 20 days while the mother moved to the cross seaweed with her slim shape. 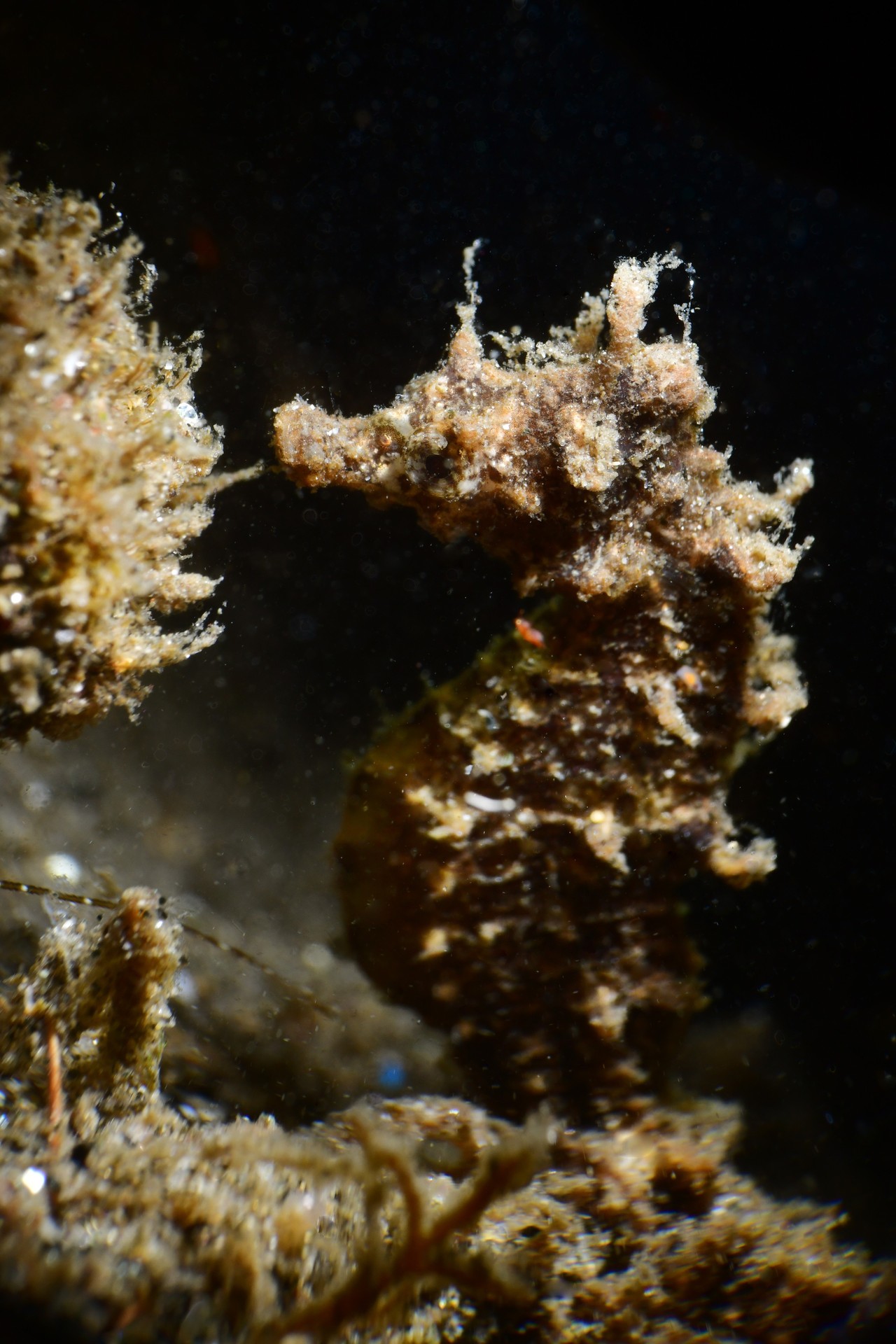 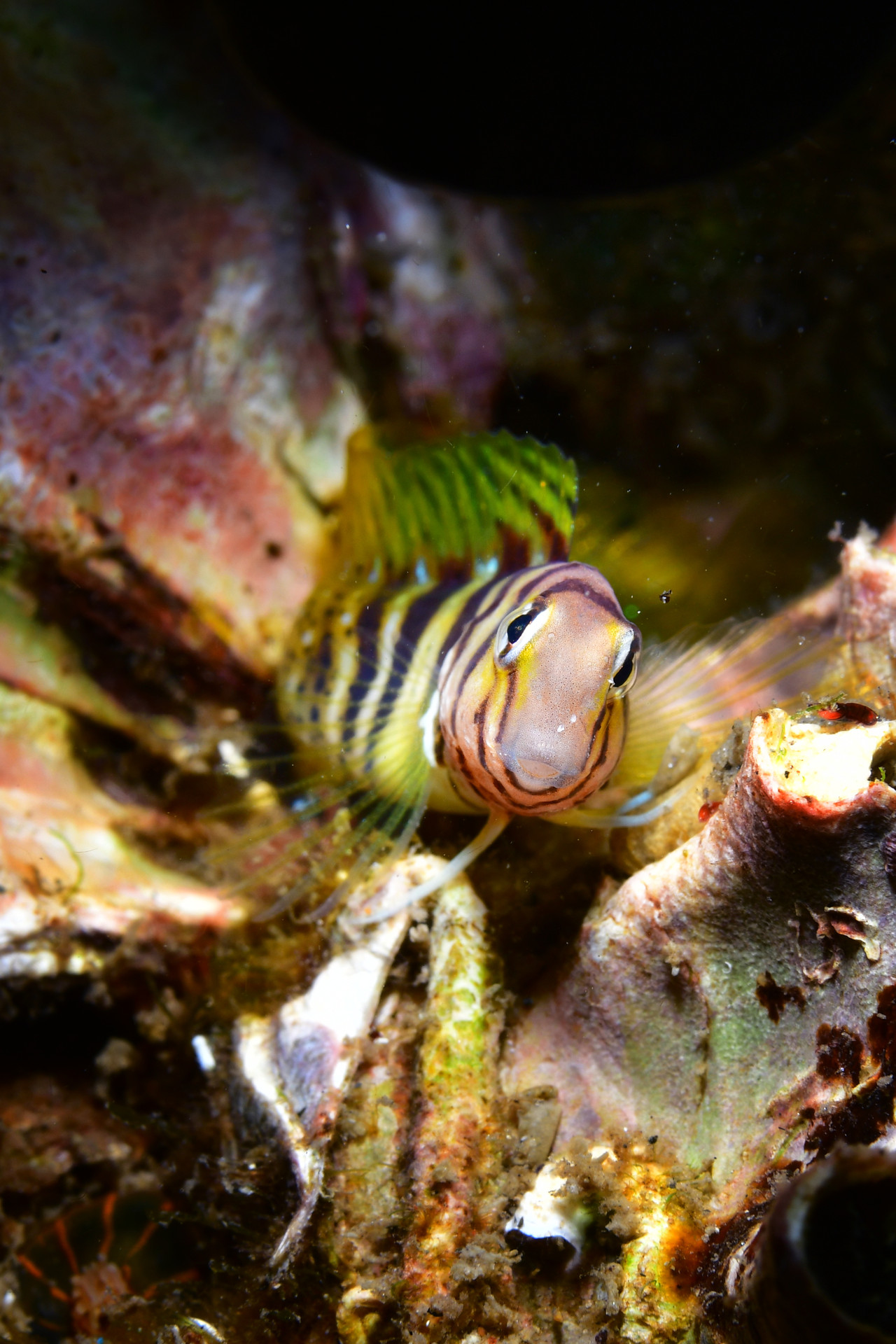 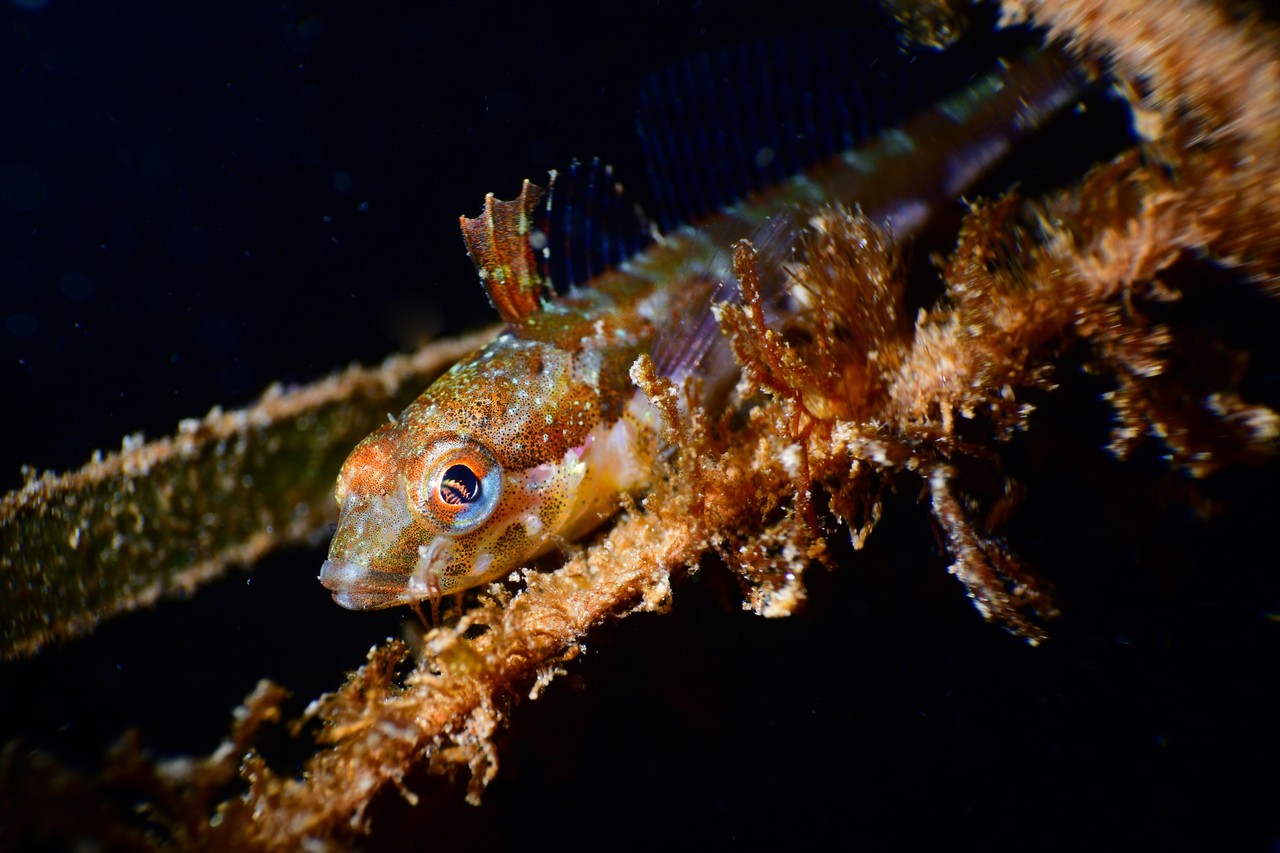 At the lower depth, Glaucidae and Goniodorididae formed community for are spawning maintaining for a month.  The first nudibranch I met while recording nudibranch shelter around April turns out to be an unrecorded species in the Korea. Ocean seems to be already exposed enough but still holding lives veiled secretly only facing human time to time. 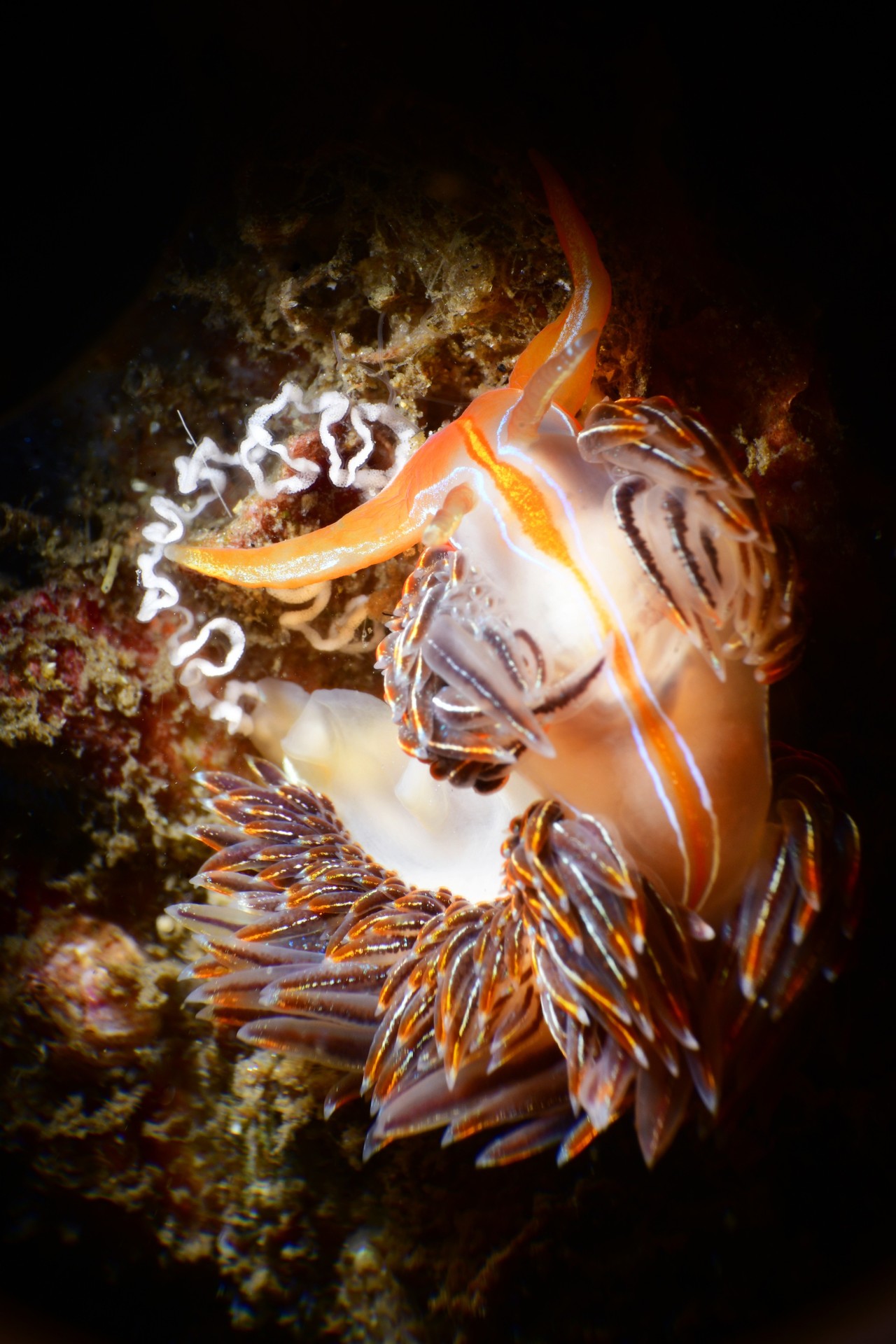 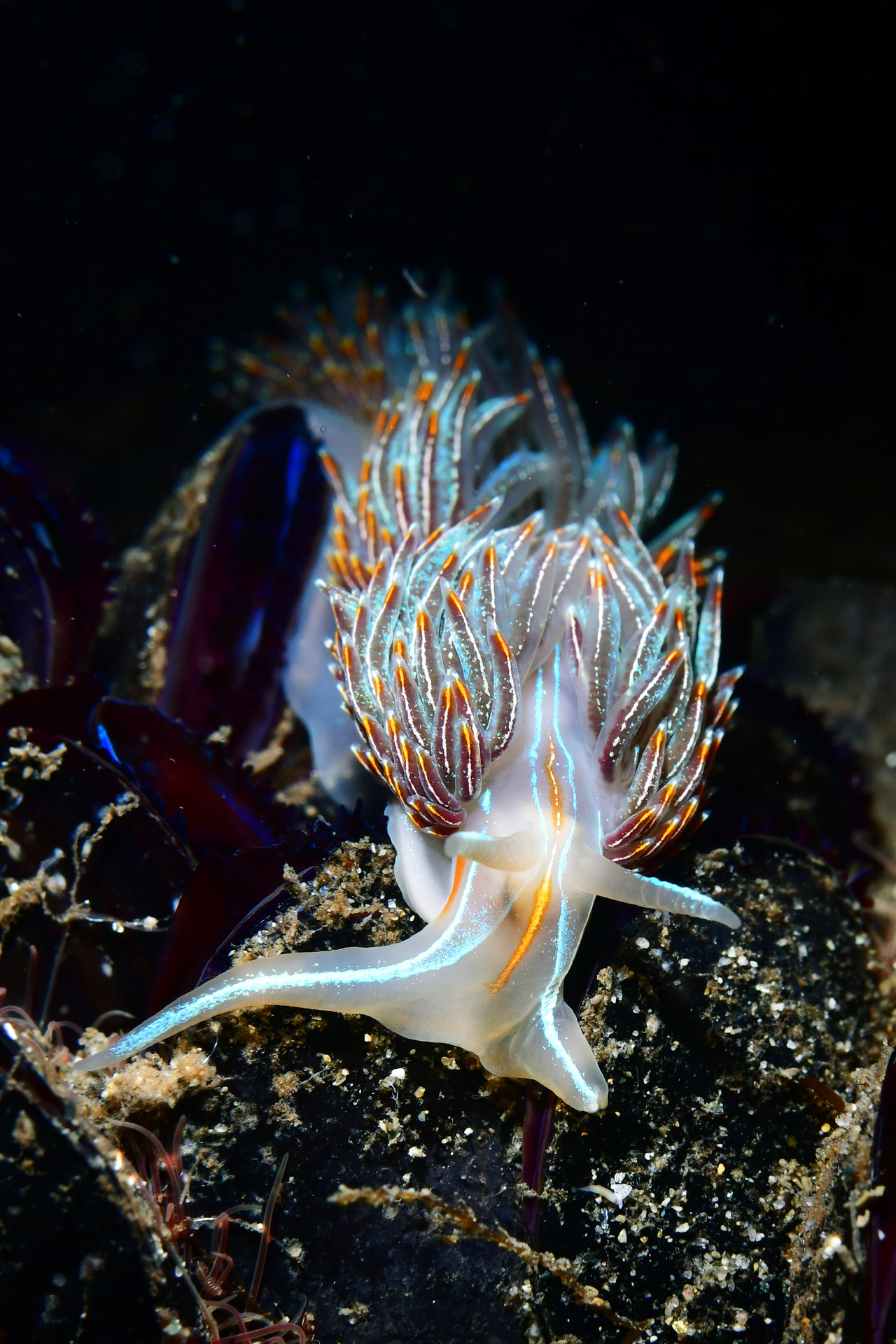 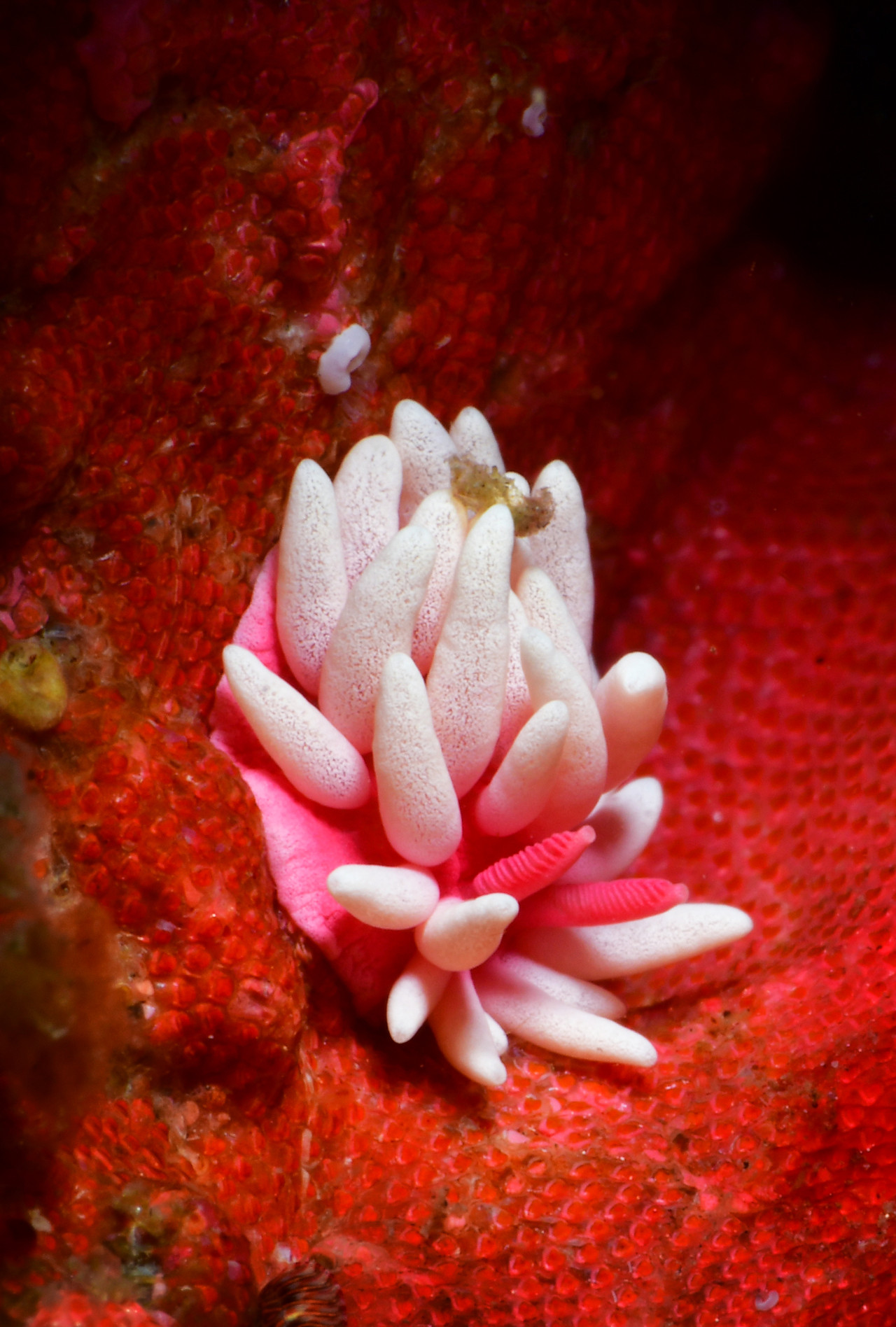 IF you softy embrace the mystic green ocean which only comes in this season, you can met more lives and more stories of the underwater which you never knew.

The East Sea is now warmed up to 5 degrees at north, 12 degrees at south and spring is coming to an end. But still I desire more and more of this dreamy and splendid green East Sea spring.